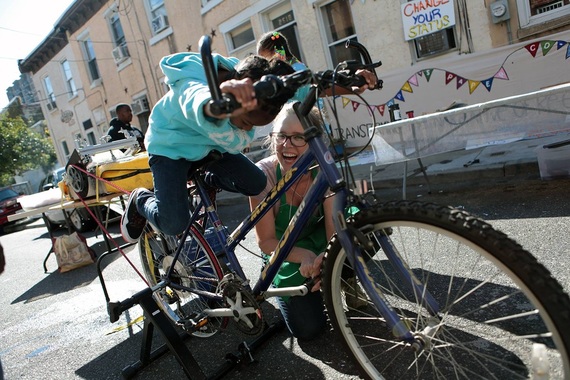 Courtney Bowles is an artist, educator, and community organizer from Richmond, VA.   She co-founded the People’s Library in February of 2013, which has brought hundreds of individuals together to transform discarded materials into blank books for anyone in the city to fill with their histories and be included in the permanent collection of the Richmond Public Library.  The project has grown to include a teen mentor program, additional branches across the country, and other iterations that utilize similar social and creative transformative processes.  In January of 2014, The People’s Library was featured in the exhibit “Social Paper” at the Center for Book and Paper Arts at Columbia College, which showcased international projects that utilize paper making as a vehicle for community engagement.

Courtney’s work and research focuses on the minutia, the discarded, and material culture in an effort to understand how the past has influenced our present.  In addition to writing and presenting at a multitude of conferences, she has co-produced two films, The Builder and New Jerusalem, and released 4 albums on Jagjaguwar with the band Spokane.